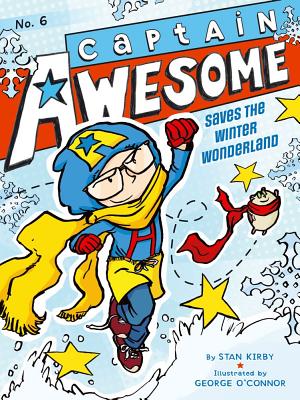 A new villain threatens to put “the big freeze” on the second grade’s holiday play. Can the Sunnyview Superhero Squad save the show?

Eugene and Charlie can hardly wait for Sunnyview Elementary’s holiday spectacular, “The Winter Wonderland.” These superhero pals are prepared to give it all they’ve got as members of the Snowflake Symphony. MI-TEE!
Captain Awesome and Nacho Cheese Man’s superhero skills are called into action when an all-new villain threatens to ruin the second graders’ performance. Can the Sunnyview Superhero Squad save the show?
With easy-to-read text and illustrations on almost every page, the Captain Awesome chapter books are perfect for beginning readers!