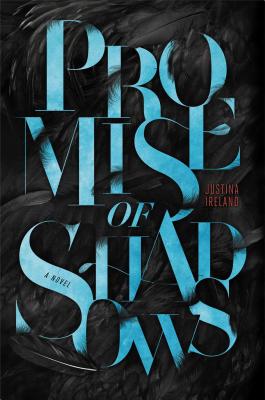 A teen who is half-god, half-human must own her power whether she likes it or not in this snappy, snarky novel with a serving of smoldering romance.

Zephyr Mourning has never been very good at being a Harpy. She’d rather watch reality TV than learn forty-seven ways to kill a man, and she pretty much sucks at wielding magic. Zephyr was ready for a future pretending to be a normal human instead of a half-god assassin. But all that changed when her sister was murdered—and Zephyr used a forbidden dark power to save herself from the same fate.

On the run from a punishment worse than death, an unexpected reunion with a childhood friend upends Zephyr’s world—and not only because her old friend has grown surprisingly, extremely hot. It seems that Zephyr might just be the Nyx, a dark goddess that is prophesied to shift the power balance: for hundreds of years the half-gods have lived in fear, and Zephyr is supposed to change that.

But how is she supposed to save everyone else when she can barely take care of herself?

Praise For Promise of Shadows…

" [A] solid book...the mythos Ireland creates strikes the right mix of familiarity and invention, and is well worth exploring."
— Publishers Weekly

* "Ireland does a wonderful job of creating characters described in myths and bringing them to our world… Ireland also does a masterful job with throwaway comments that reveal the diversity in her characters with regard to race, sexuality, and of course, immortality without being heavy handed…a healthy dose of action, a strong thread of humor, and just a touch of romance.
— VOYA, STARRED REVIEW

"The fast pacing and dynamic plot will engage readers...The snappy, hilarious dialogue between the protagonist and her friends balances the ominous apocalyptic story line, which will also attract fans of The Hunger Games, Divergent, and underdog heroines.
— School Library Journal