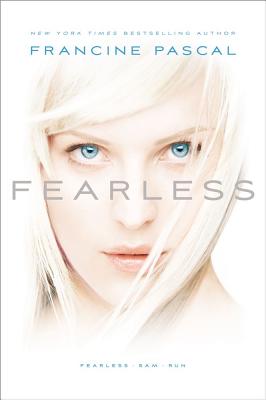 A repackage of a smart and sexy series whose heroine was born without the fear gene. Gaia is a brilliant, beautiful girl who is trained in three kinds of martial arts, has a reflex speed that's off the charts, and can climb mountains, box, wrestle, and break codes in four languages. She has no trouble throwing a grown man over her shoulders. She doesn't care what people think of her, and she's never scared... Because she is missing the fear gene. In this action-packed bind-up, Gaia makes her way through the treacherous halls of high school and is forced to come to terms with herself, the boys in her life, and her completely MIA family. But she can handle it. She is....Fearless. The release of Fearless coincides with the paperback release of the New York Times bestselling Sweet Valley Confidential.

Francine Pascal is the creator of several bestselling series, including Fearless and Sweet Valley High, which was also made into a television series. She has written several novels, including My First Love and Other Disasters, My Mother Was Never a Kid, and Love & Betrayal & Hold the Mayo. She lives in New York and the South of France.
or
Buy Here
Copyright © 2020 American Booksellers Association