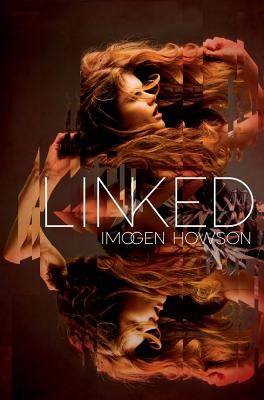 When Elissa learns her telepathic twin is the subject of government experiments, the girls find themselves on the run with secrets worth killing for in this futuristic, romantic thriller.

Elissa used to have it all: looks, popularity, and a bright future. Now, all she has is nightmarish visions and unexplained bruises. Finally, she’s promised a cure, and a surgery is scheduled. But on the eve of the procedure, she discovers the truth behind her visions: She’s seeing the world through another girl’s eyes. A world filled with pain and wires and weird machines. Elissa follows her visions, only to find a battered, broken girl on the run. A girl—Lin—who looks exactly like Elissa, down to the matching bruises. A twin she never knew existed.

Elissa helps Lin evade the government agents who are ruthlessly tracking her down, but they’re struggling to avoid capture, and soon Elissa is forced to turn to the only person who can help: Cadan, her brother’s infuriating, arrogant best friend, and new graduate of the SFI space flight academy. Cadan is their one chance at safety. But Lin is too valuable to let go, and Elissa has knowledge that is too dangerous. The government will stop at nothing to get them back.

“A pulse-pounding adventure—I couldn't put it down!"
— Gennifer Albin, author of Crewel

"Action-packed and thoroughly engrossing, this novel offers readers a classic sci-fi, space-travel adventure at its best....Tightly controlled pacing regularly ups the tension but never at the expense of the emotionally wrought human relationships....Fans of hard science fiction with a smart, slightly gooey, heartfelt center will happily travel across the universe with these characters and anxiously await expected sequels."

* "Sparked with danger and tinged with romance, Linked is a roller-coaster ride into space that just about everyone should enjoy."

"A page-turner from beginning to end....Fans of Veronica Roth’s Divergent will enjoy this thrilling novel."

Imogen Howson writes science fiction and fantasy for adults and young adults, and is the winner of the 2008 Elizabeth Goudge Award for her romantic fiction. She works as an occasional editor for Samhain Publishing. She lives with her partner and their two teenage daughters near Sherwood Forest in England, where she reads, writes, and drinks too much coffee. Visit her at ImogenHowson.com.
Loading...
or
Not Currently Available for Direct Purchase