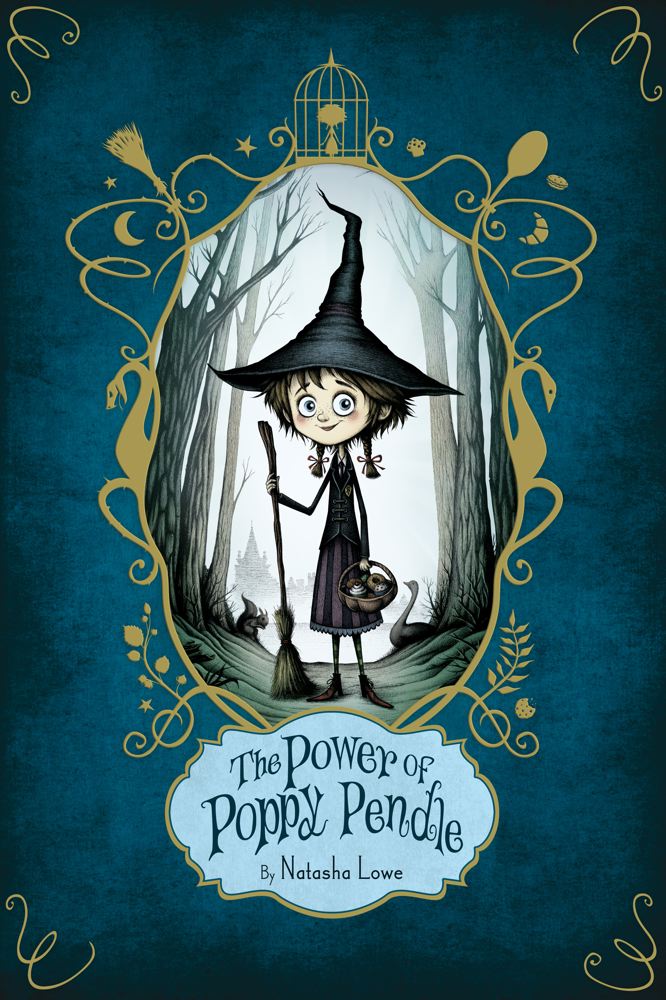 The Power of Poppy Pendle

“There is a strong essence of Roald Dahl to this story…a crowd-pleaser.” —Library Media Connection
“[A] sweet story about true friendship.” —School Library Journal

Poppy has magical powers, but she would rather be a baker. Can she find a way to follow her own path? This charming novel includes more than a dozen delectable recipes!

Ten-year-old Poppy, born to ordinary parents, has inherited coveted witch power. In Poppy’s world, witches work for good and are much valued, but Poppy does not want to be a witch—she wants to be a baker, and she is extremely good at baking. Her parents insist Poppy follow in the footsteps of her great aunt, a famous witch, but Poppy has plans of her own.

Part magic, part adventure, and wholly delicious, this spirited story includes more than a dozen recipes you can try at home.

Praise For The Power of Poppy Pendle…

Lowe's energetic first novel is led by 10-year-old Poppy, who was born in the Patisserie Marie Claire bakery in the town of Potts Bottom. While Poppy has inherited the gift of magic from her highly respected Great-Granny Mabel, she wants nothing to do with it. Baking makes Poppy happy, and after three years at Ruthersfield, a magic school her parents force her to attend, she is fed up. Poppy runs away to the Patisserie, where sympathetic Marie Claire takes her in, but when Poppy's parents drag her home, she snaps and turns them to stone with the "Stop It Now Spell." It's up to Marie Claire and Poppy's friend Charlie to bring Poppy back from the "dark side." Lowe makes the story's arc (and message) clear early on: the Ruthersfield motto translates to "Follow your passion," and Poppy's interest in another witch who crossed to the dark side presages her own transformation. Readers will easily empathize with Poppy and recognize the loneliness and anger that accompany being misunderstood. Several recipes for Poppy's desserts are included. Ages 8–12.
— Publishers Weekly

"To her parents’ great mortification, Poppy is unexpectedly born in a French bakery; she couldn’t possibly have had a less auspicious birth. As she grows, though, it becomes obvious that she has the rare gift of magic, and her parents couldn’t be more pleased. They purchase a state-of-the-art wand and broom and enter her in the Ruthersfield Academy for Witches. While Poppy is an excellent witch, all she really wants to do is bake. When she announces to her parents that she hates magic and just wants to make treats, her parents go to the extreme to stop her, pushing her into the blackest of magic. In this sweet story about true friendship, Poppy is a likable main character. "
— School Library Journal

Lowe, Natasha The Power of Poppy Pendle 2012. 272pp. $15.99 hc. Paula Wiseman Books (Simon & Schuster). 978-1-4424-4679-3. Grades 4-6 Born on the floor of a French bakery, Poppy Pendle conjures a chocolate cake when she is only three months old. Her ecstatic parents realize that she has the gift of magic, and they enroll her at Ruthersfield Academy. There she excels at magic lessons, but all Poppy really wants to do is bake. Then Poppy learns the Stop It Now spell, capable of turning objects to stone, which Poppy unleashes on anything that gets in her way, including her parents. It takes the determined efforts of her non-witch friends to bring Poppy back from the dark side to an idyllic conclusion that young readers will savor. There is a strong essence of Roald Dahl to this story, in which controlling characters like Poppy’s mother are laughable in their awful obtuseness. This is a crowd-pleaser with the added bonus of Poppy’s recipes at the end. Jan Aldrich Solow, A. Scott Crossfield Elementary School, Herndon, Virginia [Editor’s Note: Available in e-book format.] Recommended
— Library Media Connection