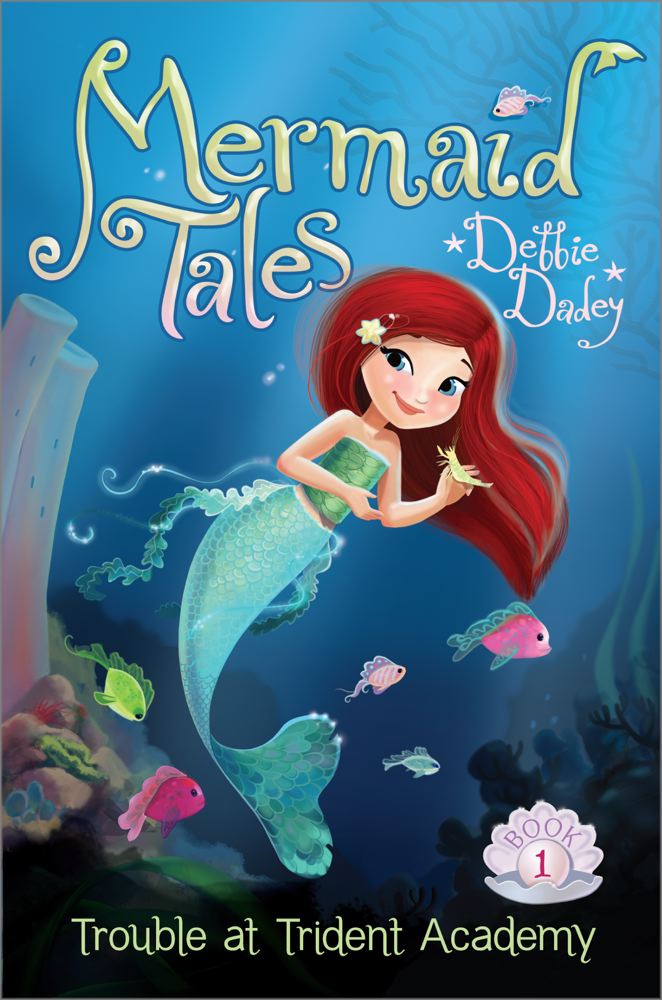 In this start to a new series starring Shelly the mermaid, a classroom conflict is no fun—even when school is 20,000 leagues under the sea.

It’s MerGirl Shelly Siren’s first day at a new school, and she is nervous from the tip of her head to the end of her sparkling mermaid tail. How will she ever fit in at the prestigious Trident Academy? Everyone there is so smart and so pretty and so rich. At least she and her best friend, Echo, are in the same class, but so is Pearl, a spoiled know-it-all who only wants to make trouble for Shelly; Rocky, a MerBoy who loves to tease everyone; and Kiki, a shy MerGirl who’s new to Trident City.
At first Shelly and Echo have lots of fun: eating lunch together, trying to make grumpy Mr. Fangtooth smile, and joining after-school clubs. But when Shelly and Echo have an argument about their very first school assignment, Pearl gets involved and makes matters worse. Will Shelly and Echo fix their friendship?