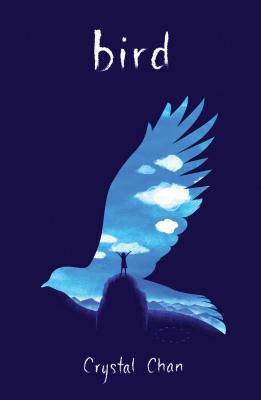 Entrenched secrets, mysterious spirits, and an astonishing friendship weave together in this extraordinary and haunting debut.

Jewel never knew her brother Bird, but all her life she has lived in his shadow. Her parents blame Grandpa for the tragedy of their family’s past; they say that Grandpa attracted a malevolent spirit—a duppy—into their home. Grandpa hasn’t spoken a word since. Now Jewel is twelve, and she lives in a house full of secrets and impenetrable silence.

“This is a slow read—thoughtful and introspective about the dynamics of a grieving family—and contemplative readers will be rewarded by Jewel’s journey."
— Booklist, December 2013

"Jewel is a multilayered, emotional character who struggles to come to terms with her family’s issues. The mixture of superstition and science creates a wonderful juxtaposition in this powerful story about loss and moving on."
— School Library Journal, January 2014

Crystal Chan watched with amazement at the exotic zoo outbreak in Zanesville, Ohio in 2011, where scores of animals—hungry lions, panthers, and tigers—ran loose around the county. That incident helped inspire her most recent novel, All That I Can Fix. When Crystal isn’t writing, her passion is giving diversity talks to adults and kids alike, telling stories on Wisconsin Public Radio, and hosting conversations on social media. Her debut novel, Bird, was published in nine countries and is available on audiobook in the US. She is the parent of a teenage turtle (not a ninja).
Loading...
or support indie stores by buying on