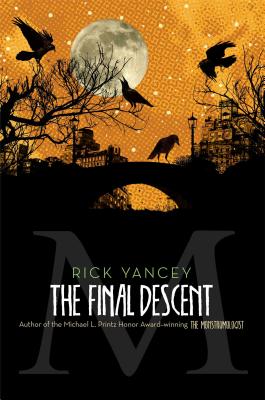 The Final Descent (The Monstrumologist #4)

Will Henry and Dr. Warthrop have encountered many horrors together—but can Will endure a monstrumological terror without his mentor?

Will Henry has been through more that seems possible for a boy of fourteen. He’s been on the brink of death on more than one occasion, he has gazed into hell—and hell has stared back at him, and known his face. But through it all, Dr. Warthrop has been at his side.

Over the course of one day, Will’s life—and Pellinor Warthrop’s destiny—will lie in balance. In the terrifying depths of the Monstrumarium, they will face a monster more terrible than any they could have imagined—and their fates will be decided.

Praise For The Final Descent (The Monstrumologist #4)…

* "A little bit of Mary Shelley, H.P. Lovecraft, Hitchcock, and Poe are brought to bear in this heavy tale...Adults who love YA will enjoy this one, too."
— VOYA, 5Q 5P S, starred review