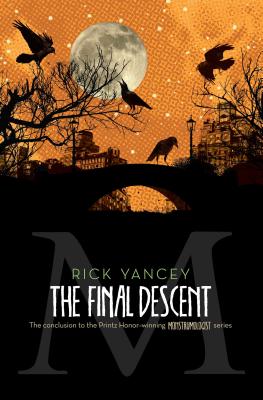 The Final Descent (The Monstrumologist #4) (Paperback)

In their final horrific adventure, can Will Henry endure a monstrumological terror without his mentor? “Beyond a simple finale, this is a brave statement about the duplexity of good and evil, and the deadly trap in which all of us are snared” (Booklist, starred review).

Praise For The Final Descent (The Monstrumologist #4)…

"[The considerable risks Yancey takes] should thrill and horrify—in the best way."
— The Horn Book

* "A little bit of Mary Shelley, H.P. Lovecraft, Hitchcock, and Poe are brought to bear in this heavy tale...Adults who love YA will enjoy this one, too."
— VOYA, 5Q 5P S, starred review
or
Buy Here
Copyright © 2020 American Booksellers Association