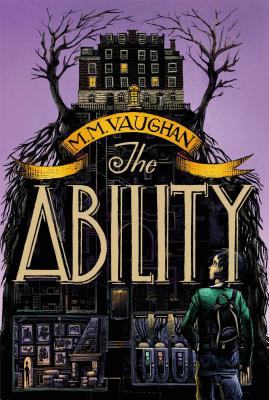 Delve into the extraordinary abilities of the twelve-year-old mind in this “fast-paced, superhero-tinged spy novel” (Publishers Weekly), the thrilling start to a middle grade series that expands the possibilities of power.

No one has any confidence in twelve-year-old Christopher Lane. His teachers discount him as a liar and a thief, and his mom doesn’t have the energy to deal with him. But a mysterious visit from the Ministry of Education indicates that Chris might have some potential after all: He is invited to attend the prestigious Myers Holt Academy.

When Christopher begins at his new school, he is astounded at what he can do. It seems that age twelve is a special time for the human brain, which is capable of remarkable feats—as also evidenced by Chris’s peers Ernest and Mortimer Genver, who, at the direction of their vengeful and manipulative mother, are testing the boundaries of the human mind.

But all this experimentation has consequences, and Chris soon finds himself forced to face them—or his new life will be over before it can begin.

Praise For The Ability…

“Readers will enjoy the candy-shop wish fulfillment in this fast-paced, superhero-tinged spy novel. With its comics-style origin stories and vows of revenge, this first book in a planned series has an intriguing concept that could hit a middle-grade sweet spot.”
— Publishers Weekly

“Mystery intertwined with fantasy, and chapters arranged by date, give urgency to the
fantasy-mystery-action hybrid.”
— Booklist

Iacopo Bruno is an illustrator and graphic designer living in Milan, Italy.
Loading...
or support indie stores by buying on
(This book is on backorder)