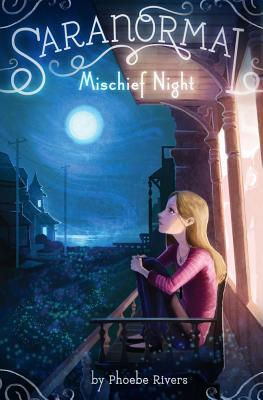 Sara deals with ghosts galore in this Halloween edition of a paranormal series.

Halloween is just around the corner, and Stellamar is buzzing with even more ghostly activity than usual! The fun begins when Sara and Lily unwittingly release the ghost of a young boy who was locked away in a closet a long time ago. The little ghost is full of mischief, but for some reason Sara is completely powerless over him. What makes this ghost so special?
And Sara’s not the only one with ghosts on her mind....Jayden Mendes, her crush from school, shows up at her house for a reading with Lady Azura. When the reading reveals secrets about the ghostly presence by Jayden’s side, Sara realizes she might be in over her head with Jayden….
Meanwhile, Lady Azura has been urging Sara to learn to put up boundaries between herself and these spirits. But Sara’s boundaries are put to the ultimate test on Halloween Eve during a huge party at her house, where ghostly visitors and real-life classmates collide!

Phoebe Rivers had a brush with the paranormal when she was thirteen years old, and ever since then she has been fascinated by people who see spirits and can communicate with them. In addition to her intrigue with all things paranormal, Phoebe also loves cats, French cuisine, and wiling her afternoons away in coffee shops writing stories. She has written dozens of books for children of all ages and is thrilled to now be exploring Sara’s paranormal world.
Loading...
or
Not Currently Available for Direct Purchase