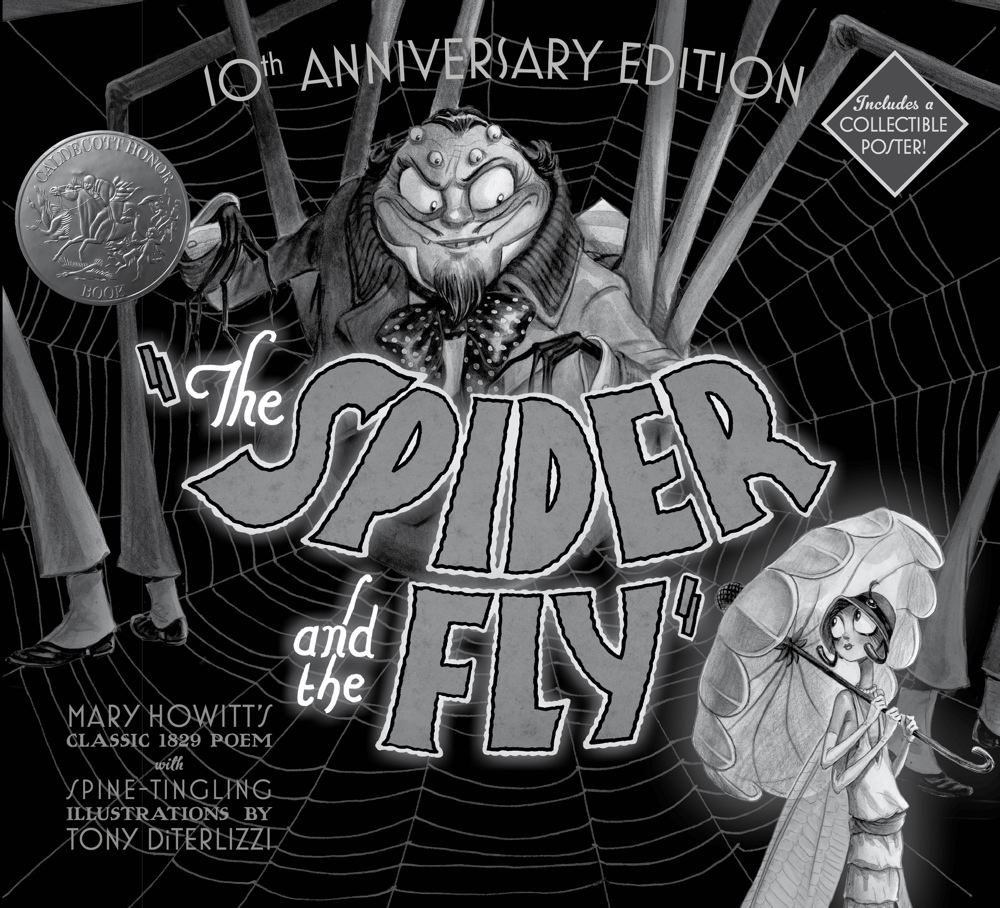 The Spider and the Fly

“Will you walk into my parlor,” said the Spider to the Fly....
This enduring verse from Mary Howitt dates back to the nineteenth century, but its warning—to beware the wiles of flattery—remains as relevant as ever. Celebrated artist Tony DiTerlizzi, drawing inspiration from his love of classic Hollywood horror movies of the 1920s and 1930s, shines a cinematic spotlight on a quintessential cautionary tale.
In commemoration of its tenth year, this revitalized edition showcases both the Caldecott sticker and a custom anniversary sticker as well as a brand-new jacket, features an author’s note and new art, and includes a four-color poster.

Praise For The Spider and the Fly: 10th Anniversary Edition…