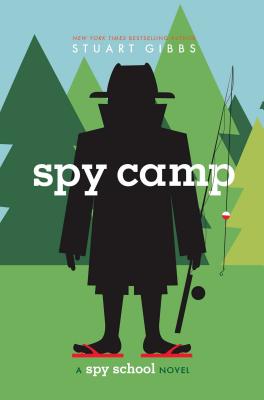 School may be out for summer, but top-secret training continues for aspiring spy Ben Ripley—and so does the danger.

Ben Ripley is a middle-schooler whose school is not exactly average—he’s spent the last year training to be a top-level spy and dodging all sorts of associated danger. So now that summer’s finally here, Ben’s ready to have some fun and relax. Except that’s not going to happen, because a spy-in-training’s work is never done, and the threats from SPYDER, an enemy spy organization, are as unavoidable as the summer heat. Will Ben be able to keep his cover—and his cool?

Stuart Gibbs is the author of the FunJungle series, as well as the New York Times bestselling Spy School and Moon Base Alpha series. He has written the screenplays for movies like See Spot Run and Repli-Kate, worked on a whole bunch of animated films, and developed TV shows for Nickelodeon, Disney Channel, ABC, and Fox. Stuart lives with his family in Los Angeles. You can learn more about what he’s up to at StuartGibbs.com.
or support indie stores by buying on
Copyright © 2020 American Booksellers Association