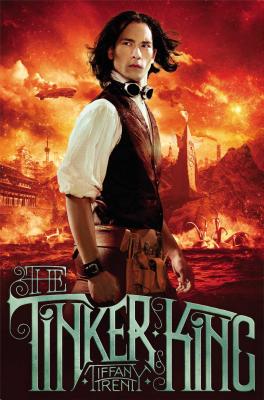 Science and magic mean danger in this sequel to The Unnaturalists, which School Library Journal called “an entertaining mix of steampunk and fantasy.”

After Vespa, Syrus, and Bayne defeated the Grue and restored order to their world in The Unnaturalists, they thought their future was secure. Empress Olivia, committed to peace and equality for humans and Elementals alike, was a fair and just ruler. And the Creeping Waste had vanished, giving them hope for the first time.

But rebellion is brewing in the far-off city of Scientia, and dark Elementals are plotting war in the ruins of New London. Before they know what’s happening, Vespa, Syrus, and their friends are plunged into a new swamp of intrigue, deception and magic—and the cost of survival may be more than any of them are willing to pay.

Praise For The Tinker King…

"Lush, with a nice touch of Victorian post-humanism for an original twist."
— Kirkus Reviews

“An intricate melding of fantasy and steampunk.”
— School Library Journal