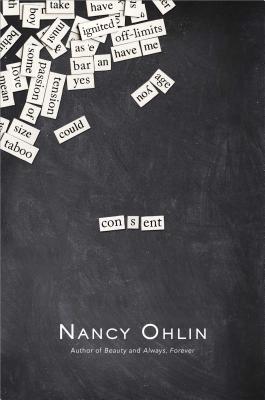 Consent gives teens a safe space to explore their feelings about difficult issues without moralizing or underestimating their capacity for complexity. High school students will be simultaneously swept off their feet and horrified by the romance taking shape. The arbitrary nature of state consent laws is examined, as are the emotional ramifications of having an affair with someone who is abusing their authority. This book will appeal to teens who enjoy dark realism and romance. The inclusion of music history anecdotes and multi-cultural characters adds welcome layers of depth.—Liz Sundermann.
— VOYA

Nancy Ohlin is the author of Consent; Always, Forever; and Beauty. She is also the author of the Shai & Emmie series with Quevenzhané Wallis. Born in Tokyo, Japan, Nancy divided her time between there and Ohio. She received a BA in English from the University of Chicago, and she lives in Ithaca, New York, with her family. Learn more at NancyOhlin.com.
Loading...
or
Not Currently Available for Direct Purchase