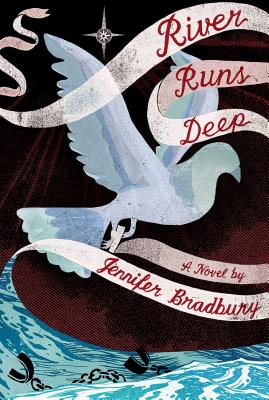 In a stunning story that “makes history come alive” (Booklist), a boy is sent to Mammoth cave to fight a case of consumption—and ends up fighting for the lives of a secret community of escaped slaves, who are hidden deep underground.

Twelve-year-old Elias has consumption, so he is sent to Kentucky’s Mammoth Cave—the biggest cave in America—where the cool vapors are said to be healing. At first, living in a cave sounds like an adventure, but after a few days, Elias feels more sick of boredom than his illness. So he is thrilled when Stephen, one of the slaves who works in the cave, invites him to walk further through its depths.

But there are more than just tunnels and stalagmites waiting to be discovered; there are mysteries hiding around every turn. The truths they conceal are far more stunning than anything Elias could ever have imagined, and he finds himself caught in the middle of it all—while he’s supposed to be resting. But how can he focus on saving his own life when so many others are in danger?

Jennifer Bradbury is the author of the middle grade novel River Runs Deep and of several critically acclaimed young adult novels, including A Moment Comes, Wrapped, and her debut, Shift—which Kirkus Reviews called “fresh, absorbing, compelling” in a starred review. Shift was picked as an ALA and a School Library Journal Best Book for Young Adults and is also on numerous state reading lists. She taught in Chandigarh, India, and teachers still in Burlington, Washington, where she lives with her family.
Loading...
or support indie stores by buying on