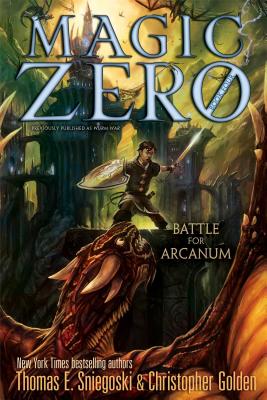 Timothy and his friend Cassandra may have beaten the evil sorcerer Alhazred, but their problems aren’t over. Alhazred was so tied to the matrix of energy that his death dimmed all the magical power in their world—and caused a weakening in the dimensional barrier that kept the evil dragon race, the Wurm, out of Arcanum.

For the first time in decades, the Wurm have the chance to exact their bloody vengeance upon the mages who sought to destroy them. Can Timothy and Cassandra end the feud before the dragons devastate Arcanum?

This fourth and final book in the Magic Zero quartet, originally known as the Outcast series, concludes an unforgettable adventure.