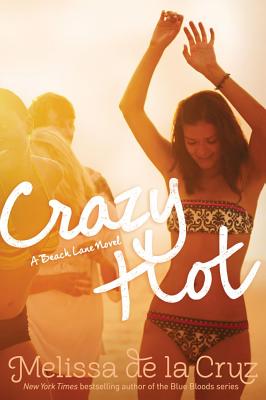 Back in the Hamptons for a final summer, the sun is hot, but the drama’s hotter for Mara, Eliza, and Jacqui in the conclusion to the Beach Lane series.

Mara, Eliza, and Jacqui thought they would be spending the summer apart, but when Eliza’s stepmom is in desperate need of a nanny, Eliza calls for reinforcements. And so back to the Hamptons it is…

Mara’s sworn off romance, and focusing instead on writing a book about being an au pair and an It Girl. But she keeps getting distracted by her ex, Ryan.

Eliza is quickly becoming a fashion star—but her relationship with Jeremy is also moving at breakneck speed. Are things moving too fast for her to handle?

And Jacqui is just trying to do her job so she can pay for NYU, though it’s hard when an Australian photographer is encouraging her to quit and become a model. Will she take a risk?

However these girls survive their craziest, hottest summer yet, one thing’s for sure: The Hamptons wouldn’t be the same without them.

The Beach Lane series is created by Alloy Entertainment, producer of bestselling teen and middle grade series including The Sisterhood of the Traveling Pants, Gossip Girl, The Vampire Diaries, and Pretty Little Liars.

Originally published as part of the Au Pairs series.