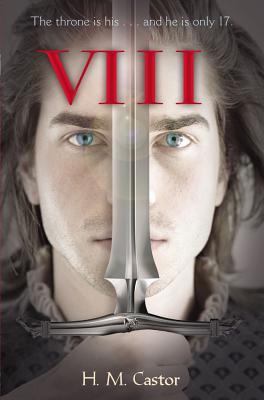 Destined for greatness...tormented by demons. The epic story of Henry VIII’s transformation from a handsome, gifted youth to a murderous, cruel king.

Hal is a young man of extraordinary talents, astonishing warrior skills, sharp intelligence, and a fierce sense of honor and virtue. He believes he is destined for greatness. His father wishes he would disappear. Haunted by the ghosts of his family’s violent past, Hal embarks on a journey that leads him to absolute power—and brings him face to face with his demons.

“History comes alive from the first page to the last” (The Independent) in this fascinating, previously untold story of how a charismatic, athletic young man grew up to become the murderous, vengeful King Henry VIII.

"Accessible, enjoyable and full of fascinating detail, VIII is a page-turner that encourages readers to look at this Tudor icon in fresh light."
— The Guardian

"History comes alive from the first page to the last."
— The Independent

"In H.M. Castor, YA fiction has found its Philippa Gregory."
— Celia Rees, author of Witch Child and The Fool's Girl

"Tightly written and faithful to history, H.M. Castor brings Henry VIII to life by giving us a fascinating glimpse into his innermost thoughts and fears. You'll be hooked from the very first line."
— Katherine Roberts, author of I Am the Great Horse

Readers will be caught up by the sweeping tale, which is more successful than many similar attempts at bringing a fascinating historical character and period to life.
— Kirkus Reviews

* "A must-read for fans of all things Tudor."
— BCCB, starred review

"[A] powerful look at a dark side of history."
— Booklist

"A satisfying and engrossing portrayal of an incredible personality."
— School Library Journal

* "A quick review of VIII: just read it; it is awesome...VIII is an ideal read-alike for The Song of Fire and Ice series."
— VOYA, 5Q 4P J S, starred review

H.M. Castor is an accomplished writer and historian who had her first book published when she was fourteen years old. She studied history at Cambridge University and has always been fascinated by the story of Henry VIII. She lives with her husband and two daughters in Bristol, England. Visit her at HMCastor.com.
Loading...
or
Not Currently Available for Direct Purchase