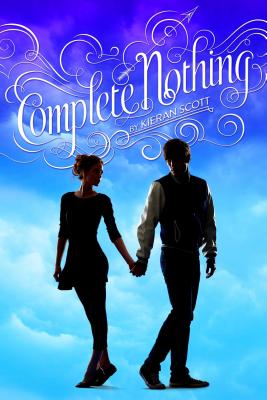 True’s matchmaking skills are the stuff of legend! The second novel in Kieran Scott’s delightful teen romance series that TeenVogue.com called “the next Twilight.”

True is not exactly loving New Jersey. Banished from Mount Olympus and tasked with helping couples find love without using her powers, the goddess-formerly-known-as-Cupid is having a tough time. Especially now that True’s immortal love, Orion, has also appeared at her New Jersey high school—but with no memory of their relationship.

To distract herself from seeing Orion flirt with another girl, True focuses her efforts on making a match: Peter and Claudia. Peter is the star quarterback and the most popular guy in school. But he’s insecure about his future, so he preemptively dumps Claudia, his girlfriend. (If she won’t want to be with him later, why stay together now?) Claudia doesn’t take the breakup too well, and she’s ready to show the quarterback of their rival school just how ready she is to get over it.

But True sees something in these two seniors. She believes they should be together—but can she help them find their way back to each other (and get herself closer to home)? Or have things already spun too far out of control?