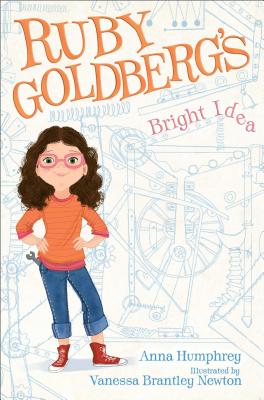 Ruby wants first prize at the fifth grade science fair—and she thinks her quirky, creative, Rube Goldberg–esque invention is just the way to get it!

Before long Ruby is so busy working on her idea that she ignores everything else in her life, including her best friend, Penny. And what started out as simple turns into something much more complicated! Can Ruby get her priorities—and the mechanisms of her project—in order before it’s too late?

Vanessa Brantley-Newton is a self-taught artist and has attended both FIT and SVA of New York, where she studied fashion and children’s illustration. Vanessa is the illustrator of A Night Out with Mama by Quvenzhané Wallis, The Youngest Marcher by Cynthia Levinson, Presenting…Tallulah by Tori Spelling, and Early Sunday Morning by Denene Millner, among others. She hopes that when people look at her work, it will make them feel happy in some way, or even reclaim a bit of their childhood.
or
Buy Here
Copyright © 2020 American Booksellers Association