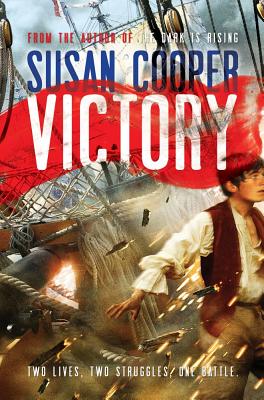 A historic connection has the power to change the future in this classic, gripping novel from Newbery Medalist Susan Cooper.

Sam Robbins is a farm boy, kidnapped to serve on HMS Victory, the ship on which Lord Nelson will die a hero’s death at the Battle of Trafalgar in 1805.

Molly Jennings is a twenty-first-century English girl who’s been transplanted to the United States by her stepfather’s job and is fighting her own battle against loss and loneliness.

Two different lives, two centuries apart, are linked by a tiny scrap of fraying cloth that’s tucked into an old book. It draws Molly into Sam’s world, to a moment in time that changed history—a frightening shared moment that holds the key both to secrets from the past and hope for the future.

"A vivid historical tale within the framework of a compelling modern story."
— Booklist, starred review

"[A] riveting independent read."
— Bulletin of the Center for Children's Books

"Cooper’s deep, organic interweaving of themes of memory and heritage, dream and bereavement, and her persistent imagery of the sea and sailing make this a powerful, demanding novel…It rewards rereading and reminds us that in historical fiction, ordinary words, intently arranged and deliberately paced, can offer an intense vision and emotional transport that constitute a voyage of their own."
— The Horn Book

“Cooper, a Newbery medalist, has interwoven history and fantasy before…but nowhere, I think, has she done it more hauntingly or gracefully than in this loving tribute to Nelson....”
— The Washington Post