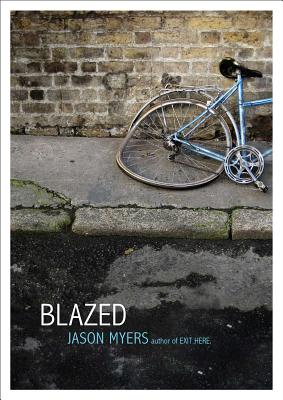 Jamie uncovers life-changing secrets from his past when he’s sent to live with a father he’s never met in this gritty novel from the author of Exit Here. and Run the Game.

Jamie is invincible when he is high. His anger, his isolation, his mom’s manic mood swings—nothing can shatter his glass castle. But one brutal night upends everything, leaving his mom broken and Jamie betrayed.

Sent to live with a father he’s never met, Jamie is determined to hate the man he blames for his mother’s ruin. And he blocks out the pain with drugs, fierce music, and sweet, sweet Dominique. Except the more time Jamie spends at his dad’s, the more his mother’s scathing stories start to unravel. Who is he supposed to believe? And how much will he have to sacrifice to uncover the truth?

Jason Myers is the author of five teen novels, including his debut, Exit Here., which became a cult classic. He lives in San Francisco, California. Find him online at JasonMyersAuthor.com or follow him on Twitter at @JasonMyersBooks.
Loading...
or
Not Currently Available for Direct Purchase