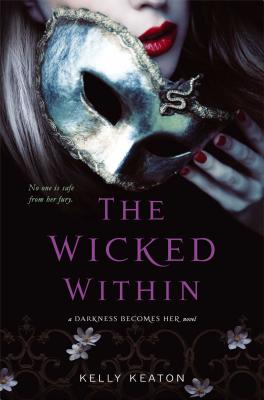 Ancient lore leads to present danger in the final book in the dark and sexy paranormal romance trilogy about a descendent of Medusa, set in a richly reimagined New Orleans.

Her fate is not set in stone.

Having temporarily defeated Athena, Ari races to break the gorgon curse that has plagued the women in her family for centuries. Her one lead sends her on a quest for the Hands of Zeus, an ancient relic last seen in the charge of New 2’s ruling elite, the Novem. But if there is one thing that Athena desires as much as revenge, it’s the Hands of Zeus—and Athena always gets what she wants.

Before either can locate the Hands, the statue goes missing, and a trail of blood follows those who once protected the relic’s secrets. Ari knows that her city, her friends, Sebastian—her life—depend upon her finding the statue before Athena. And with rumors an ancient power is on the rise, that may not be her only concern…

Kelly Keaton is the critically acclaimed author of The Darkness Becomes Her trilogy. As Kelly Gay, she writes the popular Charlie Madigan series for Pocket Books. While she calls Raleigh, North Carolina, home, she can also be found chatting about books and life on Facebook and Twitter. Read more about Kelly on her website at KellyKeaton.net.
Loading...
or
Not Currently Available for Direct Purchase