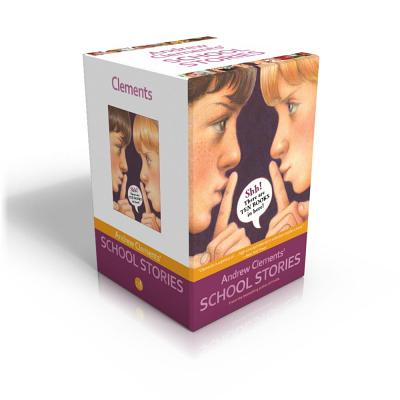 Frindle; Landry News; The Janitor's Boy; The School Story; A Week in the Woods; Lunch Money; Room One; No Talking; Lost and Found; Extra Credit

Ten A+ tales from the master of the school story, Andrew Clements, are now available in one collection.

Ten of Andrew Clements’s most beloved and bestselling school stories are now available as a boxed set, perfect for collecting or giving as gifts.

The included titles are Frindle, The Landry News, The Janitor’s Boy, The School Story, A Week in the Woods, Lunch Money, Room One, No Talking, Lost and Found, and Extra Credit.