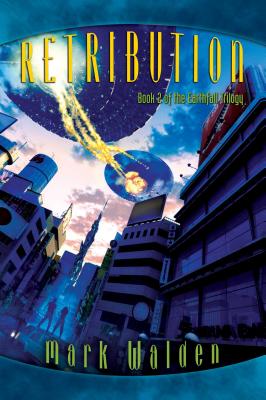 The struggle for human survival continues following an alien invasion of Earth in this second book in the Earthfall trilogy, from the author of the H.I.V.E. series.

After the harrowing events of Earthfall, twelve-year-old Sam and his fellow resistance members meet an enigmatic man named Mason who is slowly building an army to fight back against the invaders, the Voidborn.

Sam and the others join Mason and his soldiers on a mission to disable Voidborn technology in Tokyo. But Sam soon discovers that Mason has an agenda beyond what he has already admitted: He isn’t content just to destroy the Voidborn’s machines; he plans to destroy the Voidborn once and for all with a plan that will cost the lives of millions of innocent people.

But something is coming, something even worse than the Voidborn. Something very old and very evil. Something that might mean the end for them all.

Mark Walden spent a decade as a video game designer and producer before becoming a fulltime writer and father. He has a BA in English Literature and an MA in twentieth century literature, film, and television, both from Newcastle University. He is the author of the H.I.V.E. series and the Earthfall Trilogy and lives with his family in the United Kingdom.

Praise For Retribution (The Earthfall Trilogy #2)…