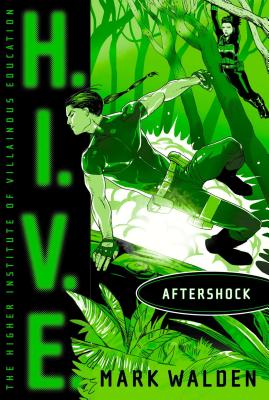 A new era is beginning in the villainous world of H.I.V.E. as civil war looms, forcing Otto and his friends to take sides—perhaps against each other.

Scheming, extorting, menacing, and general evilness are nothing new in the world of villainy—indeed, it’s expected, especially at the Higher Institute of Villainous Education. But even so, there have always codes of conduct. Until now.

In an attempt to purge the Global League of Villainous Enterprises of its more destructive elements, Dr. Nero has underestimated the cunning and resources of those who oppose him. Meanwhile, Otto and the rest of the Alpha stream have been sent to begin their most feared exercise, the Hunt, in the icy wastes of Siberia. But there is a traitor in their midst. The first strike against Nero will be a strike against the Alpha stream. Villain-kind is on the brink of civil war.

Mark Walden spent a decade as a video game designer and producer before becoming a fulltime writer and father. He has a BA in English Literature and an MA in twentieth century literature, film, and television, both from Newcastle University. He is the author of the H.I.V.E. series and the Earthfall Trilogy and lives with his family in the United Kingdom.
Loading...
or support indie stores by buying on