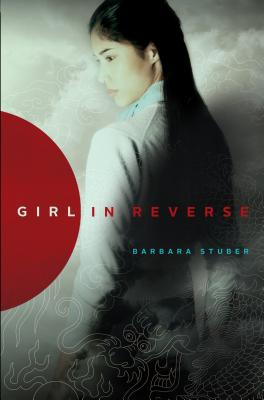 Being adopted isn’t easy—especially when you’re seen as a national enemy. A teen seeks the roots of her identity in this stirring novel from the acclaimed author of Crossing the Tracks.

When Lily was three, her mother put her up for adoption, then disappeared without a trace. Or so Lily was told. Lily grew up in her new family and tried to forget her past. But with the Korean War raging and the fear of “Commies” everywhere, Lily’s Asian heritage makes her a target. She is sick of the racism she faces, a fact her adoptive parents won’t take seriously. For Lily, war is everywhere—the dinner table, the halls at school, and especially within her own skin.

Then her brainy little brother, Ralph, finds a box containing a baffling jumble of broken antiques—clues to her past left by her “Gone Mom.” Lily and Ralph attempt to match these fragments with rare Chinese artifacts at the art museum, where she encounters the artistic genius Elliot James. Elliot attracts and infuriates Lily—especially when he calls their first kiss “undimensional.” With the help of Ralph and Elliot, will Lily summon the courage to confront her own remarkable creation story?

A poignantly beautiful novel, Girl in Reverse celebrates the formation of identity as well as the art that draws us all together.

Praise For Girl in Reverse…

Lily’s fragmented memories of her mother—her scent, the color of her sweater, the texture of her hair—and the yearnings they inspire are the novel’s most genuinely affecting moments... moments of beautiful sensory detail."
— Kirkus Reviews

Barbara Stuber is the author of the novels Girl in Reverse and Crossing the Tracks, which was a finalist for the American Library Association William C. Morris Debut Award, a YALSA Best Fiction for YA and a Kirkus Best Book for Teens. When not writing, she is a docent at the Nelson-Atkins Museum of Art in Kansas City. Visit Barbara online at BarbaraStuber.com.
Loading...
or
Not Currently Available for Direct Purchase