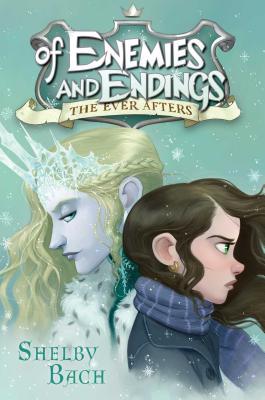 Of Enemies and Endings (The Ever Afters #4)

Rory and her friends are determined to stop the Snow Queen once and for all in this thrilling conclusion to the Ever Afters series, which Kirkus Reviews calls a “fast-paced combination of middle school realism and fairy-tale fantasy.”

How will this tale end?

The whole fairy-tale world is on high alert. The Snow Queen and her minions are targeting Characters, and Ever After School is the only safe refuge left. Rory Landon knows a final confrontation is inevitable, and she worries about the safety of her family and friends—particularly Chase, who has been acting very strange lately.

Will Rory be able to count on Chase when she needs him most? Is she strong enough to put an end to the Snow Queen’s terrible reign once and for all? Only one thing is certain: it’s time for Rory to find out if her tale ends in happily-ever-after.

Praise For Of Enemies and Endings (The Ever Afters #4)…

"A satisfying conclusion to a sword-and-sorcery series with a feminist fairy-tale twist."
— Kirkus Reviews

Shelby Bach grew up reading every book she could find and writing stories in battered notebooks. She also rarely came home with a clean shirt and had a lot of accidents that ended with a hunt for Band-Aids. Nowadays, she writes on her laptop rather than in a notebook, but not much else has changed. She is the author of the Ever Afters series, which includes Of Giants and Ice, Of Witches and Wind, Of Sorcery and Snow, and Of Enemies and Endings. She lives in Charlotte, North Carolina.
Loading...
or support indie stores by buying on