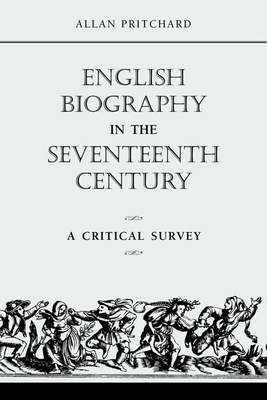 English Biography in the Seventeenth Century

Although biography is one of today's most flourishing literary genres, its early history has attracted much less attention than that of other forms, a neglect that is especially apparent in the case of the formative period of English biography, the seventeenth century. This new work by Allan Pritchard fills the scholarly void by providing a wide-ranging and comprehensive survey of this period's biographical writings.

After charting the growth of seventeenth-century biographical writing, Pritchard explores the ways in which traditional forms of religious biography and lives of princes and other secular figures were adapted to, and transformed by, the crises and revolutions of the period. He then considers the development of less traditional biographical types and analyzes the emergence of a 'new biography, ' concerned essentially with individuality and with private as well as public life.

Examining a rich range of texts, English Biography in the Seventeenth Century is a survey of a field important for both literary and wider cultural reasons.