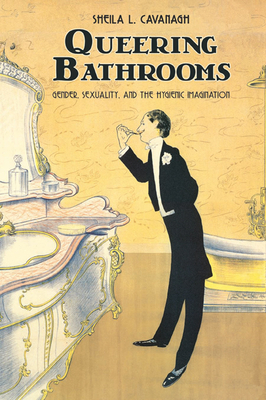 Gender, Sexuality, and the Hygienic Imagination

The intersection of public washrooms and gender has become increasingly politicized in recent years: queer and trans folk have been harassed for allegedly using the 'wrong' washroom, while widespread campaigns have advocated for more gender-neutral facilities. In Queering Bathrooms, Sheila L. Cavanagh explores how public toilets demarcate the masculine and the feminine and condition ideas of gender and sexuality.

Based on 100 interviews with GLBT and/or intersex peoples in major North American cities, Cavanagh delves into the ways that queer and trans communities challenge the rigid gendering and heteronormative composition of public washrooms. Incorporating theories from queer studies, trans studies, psychoanalysis, and the work of Michel Foucault, Cavanagh argues that the cultural politics of excretion is intimately related to the regulation of gender and sexuality. Public toilets house the illicit and act as repositories for the social unconscious. Also offering suggestions for imagining a more inclusive public washroom, Queering Bathrooms asserts that although toilets are not typically considered within traditional scholarly bounds, they form a crucial part of our modern understanding of sex and gender.