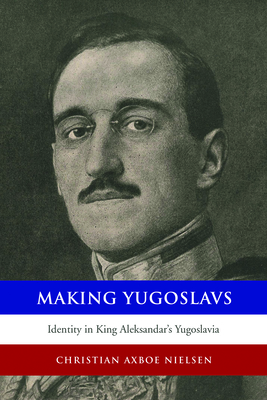 When Yugoslavia was created in 1918, the new state was a patchwork of Serbs, Croats, Slovenes, and other ethnic groups. It still was in January 1929, when King Aleksandar suspended the Yugoslav constitution and began an ambitious program to impose a new Yugoslav national identity on his subjects. By the time Aleksandar was killed by an assassin's bullet five years later, he not only had failed to create a unified Yugoslav nation but his dictatorship had also contributed to an increase in interethnic tensions.

In Making Yugoslavs, Christian Axboe Nielsen uses extensive archival research to explain the failure of the dictatorship's program of forced nationalization. Focusing on how ordinary Yugoslavs responded to Aleksandar's nationalization project, the book illuminates an often-ignored era of Yugoslav history whose lessons remain relevant not just for the study of Balkan history but for many multiethnic societies today.