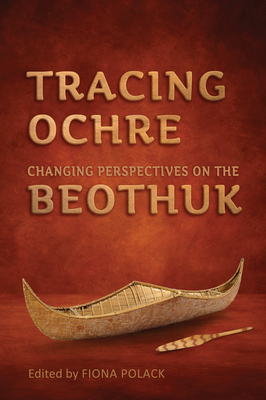 Changing Perspectives on the Beothuk

The supposed extinction of the Indigenous Beothuk people of Newfoundland in the early nineteenth century is a foundational moment in Canadian history. Increasingly under scrutiny, non-Indigenous perceptions of the Beothuk have had especially dire and far-reaching ramifications for contemporary Indigenous people in Newfoundland and Labrador.

Tracing Ochre reassesses popular beliefs about the Beothuk. Placing the group in global context, Fiona Polack and a diverse collection of contributors juxtapose the history of the Beothuk with the experiences of other Indigenous peoples outside of Canada, including those living in former British colonies as diverse as Tasmania, South Africa, and the islands of the Caribbean. Featuring contributions of Indigenous and non-Indigenous thinkers from a wide range of scholarly and community backgrounds, Tracing Ochre aims to definitively shift established perceptions of a people who were among the first to confront European colonialism in North America.