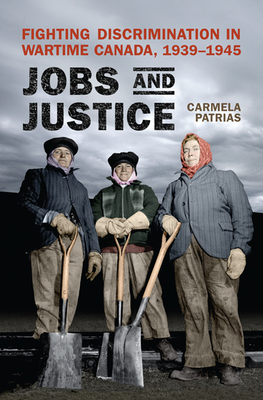 Despite acute labour shortages during the Second World War, Canadian employers--with the complicity of state officials--discriminated against workers of African, Asian, and Eastern and Southern European origin, excluding them from both white collar and skilled jobs. Jobs and Justice argues that, while the war intensified hostility and suspicion toward minority workers, the urgent need for their contributions and the egalitarian rhetoric used to mobilize the war effort also created an opportunity for minority activists and their English Canadian allies to challenge discrimination.

Juxtaposing a discussion of state policy with ideas of race and citizenship in Canadian civil society, Carmela K. Patrias shows how minority activists were able to bring national attention to racist employment discrimination and obtain official condemnation of such discrimination. Extensively researched and engagingly written, Jobs and Justice offers a new perspective on the Second World War, the racist dimensions of state policy, and the origins of human rights campaigns in Canada.