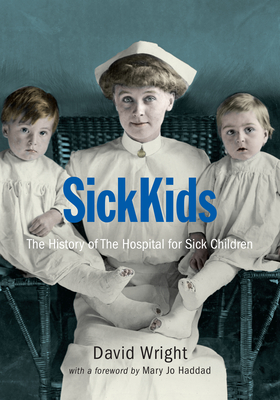 The History of the Hospital for Sick Children

Toronto's Hospital for Sick Children is the most famous medical institution in Canada. In addition to being the largest pediatric centre in North America, it has earned an international reputation for clinical care and research that has influenced generations of health care practitioners across the country and around the world. In a very real sense, hospital staff have touched the lives of tens of thousands of children and their families.

SickKids has an equally remarkable history - from its humble origins in rented houses in Victorian Toronto, the Hospital would flourish to become an influential paediatric institution, pioneering Pasteurization, the Iron Lung for Polio, Pablum, the Mustard Procedure for 'Blue Babies', and the discovery of the gene for Cystic Fibrosis. It would also be the site of two of most famous medical controversies in modern Canadian history -- the suspected murder of two dozen babies in the early 1980s and, more recently, the whistle-blowing controversy involving the research scientist, Nancy Olivieri.

David Wright's History of The Hospital for Sick Children chronicles this remarkable history of the SickKids, including its triumphs and tragedies, its discoveries and dead-ends. In doing so, Wright has crafted a compelling and accessible history of SickKids that anchors Toronto's children's hospital within the broader changes affecting Canadian society and medical practice over the last century.