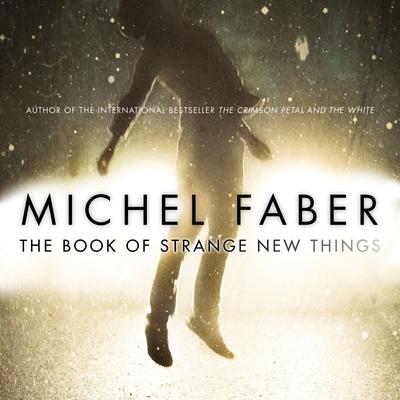 Peter Leigh is a missionary called to go on the journey of a lifetime. Leaving behind his beloved wife, Bea, he boards a flight for a remote and unfamiliar land, a place where the locals are hungry for the teachings of the Bible—his "book of strange new things." It is a quest that will challenge Peter's beliefs, his understanding of the limits of the human body and, most of all, his love for Bea.

The Book of Strange New Things is a wildly original tale of adventure, faith and the ties that might hold two people together when they are worlds apart. This momentous novel from the author of The Crimson Petal and the White sees Faber at his expectation-defying best.

MICHEL FABER is the author of the highly acclaimed The Crimson Petal and the White, The Fahrenheit Twins and the Whitbread-shortlisted novel Under the Skin. The Apple, based on characters in The Crimson Petal and the White, was published in 2006. He has also written two novellas, The Hundred and Ninety-Nine Steps (2001) and The Courage Consort (2002), and has won several short-story awards, including the Neil Gunn, Ian St James and Macallan. Born in Holland and brought up in Australia, he now lives in the Scottish Highlands.