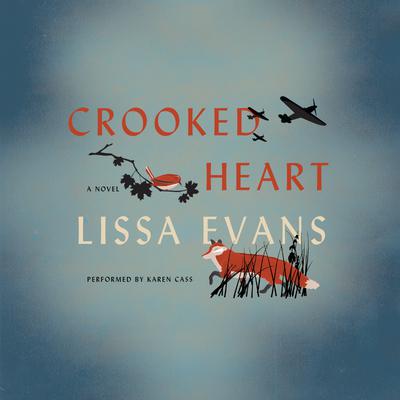 When Noel Bostock—aged ten, no family—is evacuated from London to escape the Nazi bombardment, he lands in a suburb northwest of the city with Vera Sedge—a thirty-six-year old widow drowning in debts and dependents. Always desperate for money, she’s unscrupulous about how she gets it.

Noel’s mourning his godmother Mattie, a former suffragette. Wise beyond his years, raised with a disdain for authority and an eclectic attitude toward education, he has little in common with other children and even less with the impulsive Vee, who hurtles from one self-made crisis to the next. The war’s provided unprecedented opportunities for making money, but what Vee needs—and what she’s never had—is a cool head and the ability to make a plan.

On her own, she’s a disaster. With Noel, she’s a team.

Together, they cook up a scheme. Crisscrossing the bombed suburbs of London, Vee starts to make a profit and Noel begins to regain his interest in life. But there are plenty of other people making money out of the war—and some of them are dangerous. Noel may have been moved to safety, but he isn’t actually safe at all. . . .

Lissa Evans, a former radio and television producer, is the author of three previous novels, including Their Finest Hour and a Half, which was longlisted for the Orange Prize. Crooked Heart was also longlisted for the Baileys Women's Prize for Fiction (formerly known as the Orange Prize); it is her first novel to be published in the US. Evans lives in London with her family.