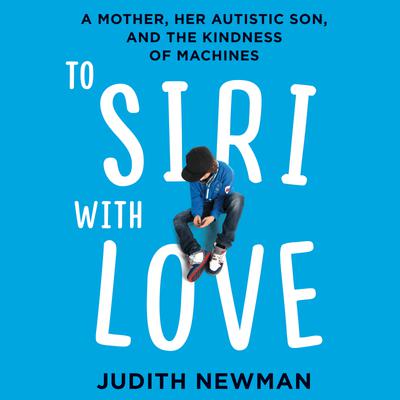 To Siri with Love (Digital Audiobook)

A Mother, her Autistic Son, and the Kindness of Machines

From the author of the viral New York Times op-ed column "To Siri with Love" comes a collection of touching, hilarious, and illuminating stories about life with a thirteen-year-old boy with autism that hold insights and revelations for us all.

When Judith Newman shared the story of how Apple’s electronic personal assistant, Siri, helped Gus, her son who has autism, she received widespread media attention and an outpouring of affection from readers around the world. Basking in the afterglow of media attention, Gus told anyone who would listen, "I’m a movie star."

Judith’s story of her son and his bond with Siri was an unusual tribute to technology. While many worry that our electronic gadgets are dumbing us down, she revealed how they can give voice to others, including children with autism like Gus—a boy who has trouble looking people in the eye, hops when he’s happy, and connects with inanimate objects on an empathetic level.

To Siri with Love is a collection of funny, poignant, and uplifting stories about living with an extraordinary child who has helped a parent see and experience the world differently. From the charming (Gus weeping with sympathy over the buses that would lie unused while the bus drivers were on strike) to the painful (paying $22,000 for a behaviorist in Manhattan to teach Gus to use a urinal) to the humorous (Gus’s insistence on getting naked during all meals, whether at home or not, because he does not want to get his clothes dirty) to the profound (how an automated "assistant" helped a boy learn how to communicate with the rest of the world), the stories in To Siri with Love open our eyes to the magic and challenges of a life beyond the ordinary.

Judith Newman is the author of You Make Me Feel Like an Unnatural Woman. She is a regular contributor for The New York Times Style Section and People, and is a contributing editor to Allure and Prevention. She has written for Vanity Fair, Harper’s Bazaar, The Wall Street Journal, Vogue, Redbook, GQ, Marie Claire, Cosmo. She and her sons live in Manhattan.