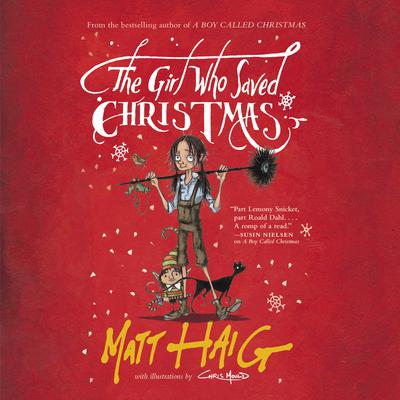 If magic has a beginning, can it also have an end?

When Amelia wants a wish to come true she knows just the man to ask—Father Christmas.

But the magic she wants to believe in is starting to fade, and Father Christmas has things other than impossible wishes to worry about: upset elves, reindeer dropping out of the sky, angry trolls—and the chance that Christmas might be cancelled.

Amelia isn’t just any ordinary girl, though. And as Father Christmas is going to find out, if he’s going to save Christmas, he might just need some help . . .

MATT HAIG suffered a breakdown in his early twenties. After battling depression for a long time he turned to writing, and he now believes that reading and writing books saved his life. His novels include the bestsellers The Last Family in England, The Radleys and The Humans, which in Canada was a Costco Buyer’s Pick and has sold approximately 15,000 copies. His books have been translated into thirty languages. All his novels for adults have been optioned for film. Matt lives in York with his wife and their two children.