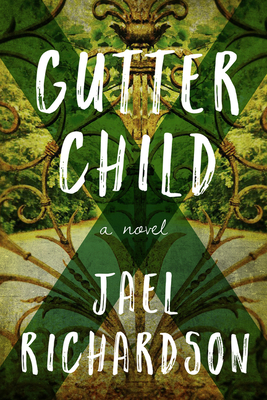 Set in an imagined world in which the most vulnerable are forced to buy their freedom by working off their debt to society, Gutter Child uncovers a nation divided into the privileged Mainland and the policed Gutter. In this world, Elimina Dubois is one of only 100 babies taken from the Gutter and raised in the land of opportunity as part of a social experiment led by the Mainland government.

But when her Mainland mother dies, Elimina finds herself all alone, a teenager forced into an unfamiliar life of servitude, unsure of who she is and where she belongs. Elimina is sent to an academy with new rules and expectations where she befriends Gutter children who are making their own way through the Gutter System in whatever ways they know how. When Elimina’s life takes another unexpected turn, she will discover that what she needs more than anything may not be the freedom she longs for after all.

Richardson’s Gutter Child reveals one young woman’s journey through a fractured world of heartbreaking disadvantages and shocking injustices. Elimina is a modern heroine in an altered but all too recognizable reality who must find the strength within herself to forge her future and defy a system that tries to shape her destiny.


Praise For Gutter Child: A Novel…

“A fierce and astounding debut novel from a crucial voice. Jael Richardson has skillfully crafted a dystopian realm that draws from the brutal realities of colonial history and the sinister injustices of the present. A heartfelt, intimate portrayal of a young protagonist’s gutsy determination to overcome the rule of a hostile regime fixed on oppressing her and her peers. . . . Gutter Child is a coming-of-age story like no other. A powerful homage to the resilience of survivors.”
— Waubgeshig Rice, author of Moon of the Crusted Snow

“It is near impossible to write a novel that is both propulsive and intricate in its knife-sharp unpicking of our social systems, but Jael Richardson has done it. And along the way she tells the story of the bonds people make under terrible conditions—the ones that make them human, even when everything around them conspires to say they are not. Gutting and lovely.”
— Thea Lim, author of An Ocean of Minutes

“A haunting and heartbreaking book. With devastating accuracy, Jael Richardson charts the life of a girl born into a cold, stratified world, one in which the basic human desire to survive becomes an act of rebellion. This is a story about the commodification of a life, the way injustice can rob someone of both a future and a past, render them a stranger even to themselves. There is a current of pain that runs through this novel, but also one of unquenchable hope, a sense that the best of our innate humanity cannot be so easily vanquished.”

“Both familiar and fantastical, like the best books are, Gutter Child is a story told by a writer brilliant in her craft and keenly attuned to her readers. This is a book you can’t just read; you feel it, you hear it, you carry it with you. You can’t meet Elimina Dubois without loving her and once you do, you’ll follow her to the very last line.”


— Cherie Dimaline, author of Empire of Wild and The Marrow Thieves

“So meticulous it reads as effortless. With elegance and conviction, Jael Richardson immerses us in the world of the novel with one detail at a time, striking a delicious balance between assured, unhurried prose and an urgent, poignant plot. It is a literary novel to be sure, though with a cinematic quality that brings the characters, story, and setting to life with particular vividness and intensity. An absolute must-read.”
— Zalika Reid-Benta, author of Frying Plantain

"A soul-searching, beautifully detailed journey, finding the truth of her father’s life along with her own."
— Linda Spalding, author of The Purchase on The Stone Thrower

"Cinematic and triumphant, a book for anyone who has ever felt on the outside looking in and longed to understand why."
— Tanis Rideout, author of Above All Things on The Stone Thrower

“In Ealey Richardson’s valuable addition to the body of memoirs about family and identity, there is much to be discovered about fathers and daughters [and] the different ways of experiencing blackness."
— Lawrence Hill, bestselling author of The Book of Negroes on The Stone Thrower

JAEL RICHARDSON is the artistic director of the FOLD literary festival, the books columnist on CBC Radio’s q and an outspoken advocate on issues of diversity. She is the author of The Stone Thrower: A Daughter’s Lesson, a Father’s Life, a memoir based on her relationship with her father, CFL quarterback Chuck Ealey. The memoir received a CBC Bookie Award, an Arts Acclaim Award and a My People Award. A children’s edition was published by Groundwood Books. Her essay “Conception” is part of Room magazine’s first Women of Colour edition, and excerpts from her first play, my upside down black face, appear in the anthology T-Dot Griots: An Anthology of Toronto’s Black Storytellers. Jael Richardson received an MFA in creative writing from the University of Guelph. She lives in Brampton, Ontario.