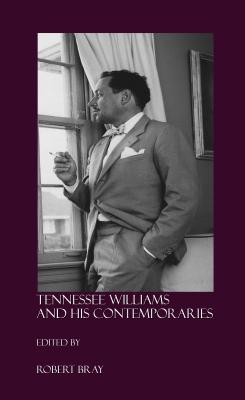 Tennessee Williams and His Contemporaries (Paperback)

Tennessee Williams and His Contemporaries compiles eight transcribed panels that were featured at The Tennessee Williams Scholars' Conference, an annual event held each March in conjunction with the Tennessee Williams/New Orleans Literary Festival. This study, the first of its kind, explores issues involving Williams's drama, fiction, poetry, and films in a discursive format designed to probe and debate the legacy of America's famous playwright. Virtually all aspects of Williams's long career are covered in this volume, including the early and late plays, his unpublished work, his use of the grotesque, and his relationships with three of his contemporaries: Carson McCullers, Lillian Hellman, and William Inge. In addition, Williams scholars who teach his work discuss the most effective strategies for bringing his material into the classroom. The unique design of this volume offers a broad understanding of his material for students previously unacquainted with Tennessee Williams as well as fresh perspectives from recognized experts in the field that will satisfy those who are already familiar with his life and work.

Robert Bray, an English professor at Middle Tennessee State University, is the founding editor of The Tennessee Williams Annual Review and the founding director of the Tennessee Williams Scholars Conference. He has authored dozens of articles and entries on Williams and is completing (with R. Barton Palmer) a full-length study of the film adaptations of Williams's plays, entitled Hollywood's Tennessee.
or
Not Currently Available for Direct Purchase
Copyright © 2020 American Booksellers Association