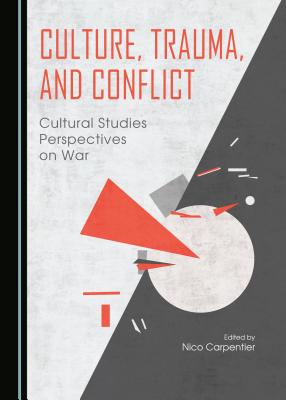 War was pervasive in the 20th century, and the 21st century seems to hold little promise of improvement. War is still one of the world's most destructive forces, which on a daily basis touches the lives of millions of people. To increase the understanding of the pervasiveness and destructiveness of the institution of war, all possible frameworks of knowledge must be mobilized. Cultural War Studies has an important role to play in adding to this knowledge, by putting the critical vocabulary of Cultural Studies to good use in analyzing the constructions that push us towards a glorified killing of fellow human beings and then try to make us forget the intensity and durability of the trauma. The first part of this book focuses on the diversity of the media that generate meanings and definitions of past and contemporary wars. These chapters are not restricted to the more traditional analyses of media content, but utilize these media products to reflect on contemporary cultural condition(s) in the USA and Europe. The second part of the book moves (at least partially) away from media representations and focuses on torture and incarceration. Although in this part, the materiality of war and conflict is very present, these analyses again show the importance of the constructions of enemy identities and of (the acceptability of) violent practices. The third and final part of the book is related to memory and trauma. A series of 20th century conflicts and wars are revisited to demonstrate the cultural durability of war and the interconnection of these wars with present-day discourses and practices through the dialectics of remembering, commemorating and forgetting.