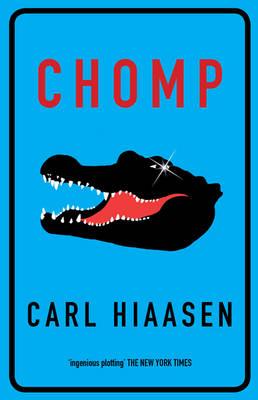 Wahoo Cray lives in a zoo. His father is an animal wrangler, so he's grown up with all manner of gators, snakes, parrots, rats, monkeys, snappers, and more in his backyard. The critters he can handle. His father is the unpredictable one.
When his dad takes a job with a reality TV show called "Expedition Survival ," Wahoo figures he'll have to do a bit of wrangling himself--to keep his dad from killing Derek Badger, the show's boneheaded star, before the shoot is over. But the job keeps getting more complicated. Derek Badger seems to actually believe his PR and insists on using wild animals for his stunts. And Wahoo's acquired a shadow named Tuna--a girl who's sporting a shiner courtesy of her old man and needs a place to hide out.
They've only been on location in the Everglades for a day before Derek gets bitten by a bat and goes missing in a storm. Search parties head out and promptly get lost themselves. And then Tuna's dad shows up with a gun . . .
It's anyone's guess who will "actually" survive "Expedition Survival." . . .

CARL HIAASEN has been writing about Florida since his father gave him a typewriter at age six. Then it was hunt-and-peck stories about neighborhood kickball and softball games. Now Hiaasen writes a column for the "Miami Herald" and is the author of many bestselling novels, including "Nature Girl" and "Star Isl"and.

"Hoot," Hiaasen's first novel for young readers, was the recipient of numerous awards, including the prestigious Newbery Honor. And "Flush," his second book for kids, spent more than a year on the "New York Times" bestseller list.
Loading...
or
Not Currently Available for Direct Purchase