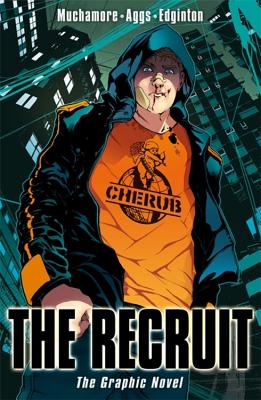 A terrorist doesn't let strangers in her flat because they might be undercover police or intelligence agents, but her children bring their mates home and they run all over the place. The terrorist doesn't know that one of these kids has bugged every room in her house, made copies of all her computer files and stolen her address book. The kid works for CHERUB.

CHERUB agents are aged between ten and seventeen. They live in the real world, slipping under adult radar and getting information that sends criminals and terrorists to jail.

For official purposes, these children do not exist.

Praise for the CHERUB series:
'Punchy, exciting, glamorous and, what's more, you'll completely wish it was true' - Sunday Express
'Crackling tension and high-octane drama' - Daily Mail
'A really good book that you could re-read over and over again' - Guardian
'Pacy writing, punchy dialogue and a gripping plot, it's got it all' - Daily Express
'Fast-moving action ... and cool gadgets!' - The Times

Strong visual images and dialogue that sticks closely to the original book make for a good read for those new to CHERUB or who have previously enjoyed Muchamore's books.—Children's Books Ireland Recommended Reads

Look out for Muchamore's first CHERUB tale which is now a stunning graphic novel.—Daily Express

This graphic novel adaptation of Muchamore's popular teen-spy series captures all of the excitement and authenticity of the original. The illustrations are well balanced with the dialogue/narration and do a fine job of pushing the quickly paved story forward. This is a great choice to bring reluctant or less-advanced readers into the thrilling series, and would also appeal to fans of Anthony Horowitz and Ally Carter.—Booklist

Aggs's art is strong, and the use of bold color and sharp lines help drive much of the action and fighting James goes through before he gets initiated. All handled with a surprisingly levelheaded and grounded perspective.—School Library Journal

Robert Muchamore was born in Islington in 1972 and spent thirteen years working as a private investigator. The CHERUB series has won numerous awards, including the Red House Children's Book Award.

Ian Edginton is a British comic book writer who became successful in American comics before returning to work for 2000 AD, a weekly British science-fiction-oriented comic. He has created his own series as well as adapting other titles, including H.G. Wells' The War of the Worlds.

John Aggs is a British comic book artist who started out in webcomics, and in 2007 won the Grand Prize in the TokyoPop Rising Stars of Manga awards. Among his diverse work he has illustrated Philip Pullman's The Adventures of John Blake.