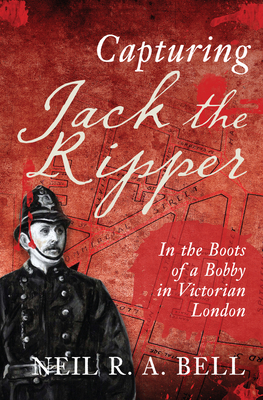 In the Boots of a Bobby in Victorian London

During the autumn of 1888 a serial killer stalked, brutally murdering his way through the East End of London. Some called him the ‘Whitechapel Monster’, while locals referred to him as ‘Leather Apron’, but to the world he was known as Jack the Ripper.The responsibility to capture this ‘murderous fiend’ fell upon the men of London’s Metropolitan and City police forces. Capturing Jack the Ripper investigates the working lives of these men, and what it took to become one of Queen Victoria’s police constables, from recruitment to training to life as a bobby.This book provides an insight into police life, as well as an in-depth view of the investigation at the height of the Ripper murders. It provides a rare look at the men who protected the streets, who faced very real dangers every night, who often suffered severe physical injury and who sometimes died; men who faced life in the raw in one of the worst parts of London, and who were the first on the scene after a killer had struck.Join the police as they go out into the dank, crime-infested, gaslit abyss known as Whitechapel and try to capture Jack the Ripper.

Neil R. A. Bell is one of the most respected students of the Ripper case. He has been published extensively in specialist journals such as Ripperologist and Casebook Examiner, as well as for the BBC. Neil has written numerous articles upon the case and was the runner-up for the Jeremy Beadle Prize for the year’s best articles featured in Ripperologist magazine in 2009 and 2010. Neil has also recently been Police Advisor for the Channel Five documentary Jack the Ripper: The Definitive Story.
Loading...
or
Not Currently Available for Direct Purchase