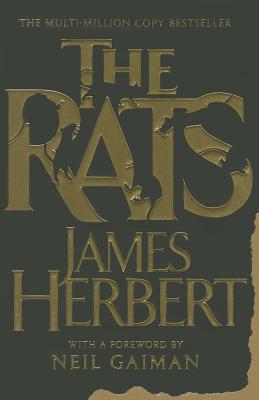 Out of the sewers and streets comes the biggest threat London has ever faced—rats, hungry for human flesh—in this 40th anniversary edition of the classic bestseller

It was only when the bones of the first devoured victims were discovered that the true nature and power of these swarming black creatures with their razor sharp teeth and the taste for human blood began to be realized by a panic-stricken city. For millions of years, man and rats had been natural enemies. But now, for the first time—suddenly, shockingly, horribly—the balance of power had shifted. . . This is a special 40th anniversary edition of the classic bestseller that launched horror writer James Herbert's career.

James Herbert is the author of 23 novels which have sold more than 54 million copies worldwide, and have been translated into more than 30 languages. In 2010, he was made the Grand Master of Horror by the World Horror Convention, and was also awarded an OBE by the Queen for services to literature.
or support indie stores by buying on