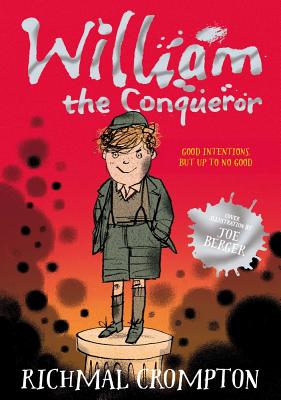 William is always in trouble, but sometimes it really isn't his fault. It was Ginger who showed him the book about Robin Hood, and it was Violet Elizabeth Bott's idea to steal from the rich and give to the poor. Unfortunately the only rich person they know is Violet's father, so William's latest plan to right the world's wrongs is sure to lead to catastrophe . . . There is only one William. This tousle-headed, snub-nosed, hearty, loveable imp of mischief has been harassing his unfortunate family and delighting his hundreds of thousands of admirers since 1922. Now with a brand new cover look.

Richmal Crompton was born in Lancashire in 1890. The first story about William Brown appeared in Home magazine in 1919, and the first collection of William stories was published in book form three years later. In all, 38 William books were published, the last one in 1970, after Richmal Crompton's death. Charlie Higson is the author of the Enemy series and the Young Bond series. Thomas Henry (1879-1962) was an English illustrator best known for his illustrations of the Just William series.
or
Not Currently Available for Direct Purchase