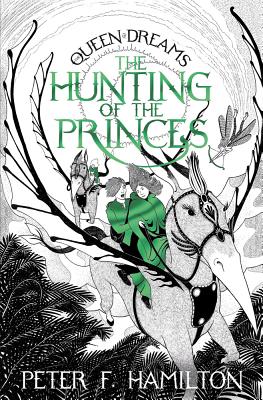 The Hunting of the Princes (The Queen of Dreams #2)

It had been a big year for Taggie Paganuzzi. From learning that she was actually the Queen-to-be of a magical realm, to learning to use magic, to fighting for her life against the King of Night, there had been a lot of 'firsts'. And when someone tried to assassinate her as she was cycling home from the local pool in Stamford, England. Well, that was a first too. It turns out that someone has been killing royal heirs throughout the magical kingdoms, and every leader from every realm believes the King of Night's army, the Karraks, are responsible. War seems inevitable . . . and yet Taggie has just discovered two very interesting facts. Firstly, that the Karraks come from a cold, dark universe, and they cannot abide warmth and light. And secondly, that there was once a gate to this universe . . . now lost in the mists of time. But where do you begin to look for a gate which was deliberately hidden centuries ago? To find out, Taggie must rescue the one Karrak Lord who also hopes for peace. Who happens to be imprisoned in an impenetrable fortress.

Peter F. Hamilton is known for his science fiction and fantasy novels, such as The Abyss Beyond Dreams, Great North Road, Pandora's Star, Judas Unchained, and The Temporal Void. This is his children's debut.
Loading...
or
Not Currently Available for Direct Purchase