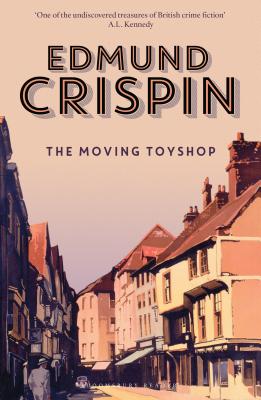 When a poet, Richard Cadogan, receives an unexpected £50 advance from his publisher for his new poetry book, he decides to go to Oxford for a well deserved holiday. The change of scenery and peace of mind is what he needs to recover his inspiration for writing. Little does he know that what he envisioned as a leisurely time spent on long walks and visiting friends will turn into a mystery solving adventure full of unexpected and dangerous twists.

After an eventful train journey, Cadogan arrives in Oxford late at night only to realize that he has forgotten the exact address of his stay. Relying on a distant memory of the place he boarded in years ago he accidentally enters a toyshop where, to his surprise and fright, he finds the dead body of a women. Before he knows it, he is knocked out and spends his first night of the holidays locked in the backroom of the shop. When he finally recovers from the concussion, the body is gone, the toyshop has turned mysteriously into a grocery store, and Cadogan himself is accused of trespassing and stealing food.

Luckily for the puzzled poet his old university friend, the professor of literature, Gervase Fen is there ready to plunge into the midst of this mystery.


Praise For The Moving Toyshop (The Gervase Fen Mysteries)…

"Hilarious ... ranks among the most amusing light novels ever written." - Washington Post

"A rococo classic. It has abundantly the pervasive charm of the genre." - The Times

Edmund Crispin (1921–1978) was the pseudonym of Robert Bruce Montgomery (usually credited as Bruce Montgomery), an English crime writer and composer. Montgomery wrote nine detective novels and two collections of short stories under the pseudonym Edmund Crispin (taken from a character in Michael Innes's Hamlet, Revenge!). The stories feature Oxford don Gervase Fen, who is a Professor of English at the university and a fellow of St Christopher's College, a fictional institution that Crispin locates next to St John's College. Fen is an eccentric, sometimes absent-minded, character reportedly based on the Oxford professor W. E. Moore.
Loading...
or support indie stores by buying on