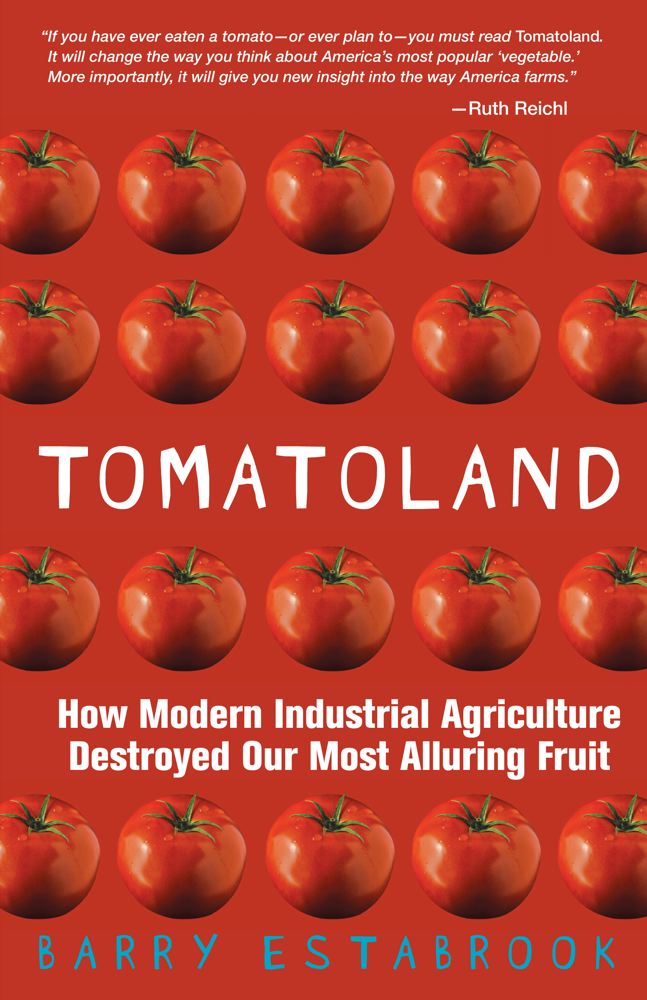 First paperback edition of the New York Times best-seller.  Based on a James Beard award-winning article from a leading voice on the politics of agribusiness, Tomatoland combines history, legend, passion for taste, and investigative reporting on modern agribusiness and environmental issues into a revealing, controversial look at the tomato, the fruit we love so much that we eat $4 billion-worth annually.

James Beard Award-winning journalist Barry Estabrook was a contributing editor at Gourmet magazine for eight years, writing investigative articles about where food comes from. He was the founding editor of Eating Well magazine and has written for the New York Times Magazine, Reader's Digest, Men's Health, Audubon, and the Washington Post, and contributes regularly to The Atlantic Monthly's website. His work has been anthologized in the Best American Food Writing series, and he has been interviewed on numerous television and radio shows. He lives and grows tomatoes in his garden in Vermont.
Loading...
or
Not Currently Available for Direct Purchase